Here are some laws to consider.

The number of physicians working for hospitals in the U.S. continues to grow. A study released this year by Avalere and the Physicians Advocacy Institute says that the percentage of hospital-employed physicians has increased by more than 70% over the last six years. As physicians and physician groups continue to make the move to hospital-based employment, hospitals are becoming more aware of the federal laws that could affect their compensation. Of particular importance are these three: the Stark Law, the Anti-Kickback Statute, and IRS guidelines.

Congress enacted the Stark Law in 1989 to prohibit physicians from referring patients for certain designated health services paid for by Medicare to any entity with which they have a financial relationship. This could be any direct or indirect ownership or investment interest by the referring physician, or any financial interests held by members of a physician’s immediate family. Although the Stark Law is not considered a criminal statute, violations can result in penalties or civil action by the Office of the Inspector General (OIG) for the Department of Health and Human Services.

In 1972, Congress enacted the Anti-Kickback Statute (AKS) to prohibit the exchange of remuneration for referrals for services that are payable by federal healthcare programs. Remuneration refers to anything of value. AKS violations also usually constitute violations of the False Claims Act (FCA), which imposes liability on persons and companies who defraud governmental programs. AKS violations are considered felonies under federal law.

In addition to the Stark Law and AKS, the IRS has guidelines and regulations in place regarding compensation structures for employed physicians. One such guideline concerns Fair Market Value (FMV), which the Stark Law defines as the value in arm’s-length transactions, consistent with the general market value. In physician employment agreements, the FMV document aligns the physician’s or physician group’s contract with the healthcare organization to the national value for monetary compensation received during the contractual term. Violations of the IRS guidelines may result in the imposition of civil sanctions.

According to an analysis by Los Angeles-based law firm Gibson, Dunn & Crutcher, the Department of Justice announced more than $750 million in FCA settlements in the first half of 2019, including cases that involved alleged violations of AKS and the Stark Law. Alleged violations of the AKS resulted in several large recoveries, notably one for more than $200 million from an opioid manufacturer accused of paying kickbacks.

As physician employment continues to increase, health systems need to develop greater visibility into their contracting and negotiation processes to reduce the risk of non-compliance with the three laws noted above.

TractManager can help health systems focus on centralizing contract assets and standardizing them across the organization. The result is increased visibility into contractual obligations and lower risk of non-compliance. At the same time, hospitals can identify additional opportunities for cost savings, significantly impacting the bottom line. 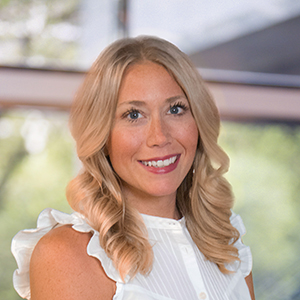 Lauren Cable-Petticord joined TractManager in 2016 as an Educational Consultant in the Training department and later joined the Learning Solutions team.

Control costs and increase compliance by combining your healthcare contracting and ERP solutions.Are you paying your vendors more than the contracted rate? Are your ...
Read the Blog

Why integrate your ERP with a Healthcare-specific CLM?

Checks and Balances: Preparing Your Organization for the Affordable Care Act’s Reopening

It’s critical your organization has a game plan in place to keep your costs in check and your budget balanced.Joe Biden’s presidency came with the promise of making ...
Read the Blog

December 14, 2020 | Contract Lifecycle Management, Healthcare Compliance, Webinars
Our Provider Time Tracking application automates the collection of activities reported by providers, and it streamlines the approval process afterward. Find out how this application can be implemented in record time, bringing speed to value ...
View the Webinar

March 3, 2020 | Case Studies, Contract Analytics, Contract Lifecycle Management, Healthcare Compliance
Manually reviewing the overwhelming volume of data contained in your contract assets to ensure compliance is a daunting and incredibly time-consuming task, which most organizations do not have the time or resources to undertake ...
Read the Case Study

Better Together: ERP and a Healthcare-Specific CLM Combine to Optimize Cost Control