Growth of commercial, direct-to-consumer (DTC) genetic testing companies has skyrocketed over the last decade, and it’s now a billion-dollar business.

“Genutainment” – The Wedding of Genetic Science and Social Entertainment

Unless you have been living off the grid, you have probably run into an advertisement online or on television like this: Simply submit your saliva and we’ll test your DNA and discover your family genealogy and genetic traits.

For the consumer, the sample submission is straightforward, requires no blood, is relatively affordable (the most popular are often sold for less than $150), is convenient, and provides direct access to genetic testing without a request from a healthcare provider. Picking up a genetic testing kit has become as easy as picking up a pregnancy test at your local big-box store or online shopping site.

Growth of commercial, direct-to-consumer (DTC) genetic testing companies has skyrocketed over the last decade, and it’s now a billion-dollar business. The most popular DTC companies on the market play on the need for individuals to know a little more about themselves and to connect to others who may match that common genetic thread. These companies have enabled laboratory medicine to enter mainstream consumerism with a kind of recreational science.

It’s a way to satisfy personal curiosity by mixing science and biostatistics along with the intrigue of astrology and social trending. It promises insights into who we are and lets us match our traits and personalities to what we already know to be true. Perhaps, it’s also a means to uncover a past genealogical secret or predict our future health.

DNA is the modern-day Enigma code, made of roughly 3 billion base pairs organized into 23 pairs of chromosomes. DNA testing is difficult and complex, with a variety of techniques categorized under DNA testing: PCR, RFLP, NGS, FISH, Karyotyping, Microarrays, and many more on the horizon. It’s enough to make your head spin.

Then, there are numerous interpretation issues. What reference code can be utilized as the “normal” gene? When can variations from the reference code be considered just different from the reference versus abnormal and clinically relevant? Will having a genetic sequence equate to actual physical expression? What junk DNA is left over from evolution that serves no real purpose? What traits can be attributed to genetics and not to environmental influence?

Although an easy specimen to collect, it is a thousand-fold more complex to test and to interpret than the common household pregnancy test that might be found in the same store aisle. Even 23andMe openly admits that they prefer to perform genetic testing utilizing simpler genotyping technology as opposed to next-generation sequencing because DNA is complicated, and it’s faster, cheaper, and more profitable to utilize gene chip technology instead of medical-grade next-generation sequencing. Genetics is still a new science; the technology and artificial intelligence to assist us in unlocking the code are still in their infancy and far from being mature.

DTC companies often utilize heavily regulated reference laboratories like Quest Diagnostics and Labcorp, which use reliable instrumentation developed by Illumina to perform the testing. However, media reports keep turning up testing inaccuracies that range from innocuous, such as a proclamation of no risk of having a balding gene when a bald spot is abundantly present, to more serious reports of mastectomies being performed due to false positives for the breast cancer marker. It has been reported that identical twins receive variance in genetic ancestry reports from each other, utilizing the same or different testing companies. A study has shown that DTC testing for breast and ovarian cancer misses almost 90 percent of carriers for this gene.

The marketing by these DTC companies has been deceptive to the consumer. Raw DNA data is not equivalent to the genetic result reported. In reality, each DTC company may utilize the same reference laboratory and/or instrumentation but will have different results because they use their own algorithm and bioinformatic statisticians to determine how your DNA fits within their database of other consumers.

If the reference population is not well represented in the database, e.g., as in the case of some Middle Eastern and Southeast Asian populations, the results become less accurate. The error rates for these proprietary algorithms have not been publicly disclosed, which becomes more disconcerting when consumers are utilizing these tests for health purposes without the proper education and confirmatory testing to interpret the results.

DTC genetic companies are in a unique position to profit from consumers paying to input their raw genetic data into a database for self-interest. Then they can sell the raw data they obtain to interested parties such as Big Pharma or insurance companies. So, who owns that raw genetic data after testing is performed?

Existing laws are not yet able to address all the privacy and ethical issues related to genetic data. Like the Facebook and Cambridge Analytica data scandal, it won’t be fully recognized until it is too late. For consumers, it has become clear that in this age, hardly anything can remain private. Hence, even with the Facebook scandal, hundreds of millions of people are still on Facebook. However, the extent to which these companies will utilize such private data for the sake of profit is deeply concerning and unclear.

Potentially, data models can create a picture of you that tells you more than you know about yourself. Data from social media, for example, can yield personal attributes such as political views, personality traits, religious orientation, etc., which can then be supplemented with genetic data. The case of the Golden State Killer is a prime example. Genetic data from distant relatives utilizing DTC companies was uploaded into a public database, GEDMatch, allowing law enforcement to connect the dots and identify the killer. Genetic data is difficult to anonymize, and the use of artificial intelligence greatly speeds up the process to make the data identifiable.

In this case, there was a happy ending. However, there is a potential risk of abuse in the name of profit. Although health insurance coverage is protected by law, genetic data can still be utilized to deny coverage or increase premiums for life insurance, car insurance, or long-term disability. It is conceivable that car insurance premiums may be elevated for people with an increased genetic risk for attention deficit disorder, or life insurance could be denied due to increased genetic risk for breast cancer. Advertisements may be tailored to your genetically associated traits. Were data breaches to occur and the information get sold on the “Dark Web,” the worst form of identity theft could occur.

A Call for More Regulation and Clinical Evidence-Based Tools

In the end, the era of DTC is here and cannot be stopped. As human beings, we have an innate curiosity to know ourselves and how we fit in, and we want to predict the path that may lie ahead of us. Although there are major privacy implications with DTC genetic testing, as healthcare leaders we must look more introspectively at our healthcare model. In general, DTC testing fills a gap in a model that is currently flawed. Consumers are willing to pay for testing out-of-pocket versus going to a physician and utilizing their insurance for more accurate testing.

The lab industry currently lacks price transparency, convenience, and instant interpretation and understanding of lab test utilization and results. Maybe we need to learn to adapt to a changing era and instead of being neutral about or opposing the trend, come up with new regulations and innovations geared toward what patients want from their healthcare and protect them from fraud. As healthcare providers, we must understand that FDA-approved tests do not necessarily mean clinically useful or trustworthy.

Why You Should Be Careful About 23andMe’s Health Test

How Accurate Are Online DNA Tests? 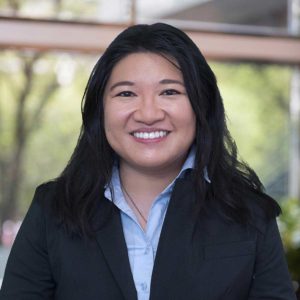 Diana Trinh joined MD Buyline in April 2017 as a clinical analyst specializing in laboratory and pharmacy.

Control costs and increase compliance by combining your healthcare contracting and ERP solutions.Are you paying your vendors more than the contracted rate? Are your ...
Read the Blog

Analyze your contracts and spend data to identify savings opportunities.COVID-19 is continuing to devastate hospital volumes, revenue, and operating margins. ...
Read the Blog

From Costs to Outcomes: A Framework for Evaluating New Drugs and Medical Devices

Standardize decision-making processes and evaluate clinical evidence to improve outcomes while containing costs.Choosing the right drugs and medical devices is ...
Read the Blog

Clear the Paper Jam in your Printer/Copier Management – Table Talks

January 25, 2021 | Purchased Services, Strategic Sourcing, Webinars
Are you maximizing your Spend Analytics tool? Take some time to sharpen your Spend Tool skills. In this session we'll highlight some of the new tool features as well as review some tips and tricks to maximize your use of the Spend Analytics tool.
View the Webinar

TractManager’s Purchased Services program helped a health system in the Northeast save $11M on imaging and biomedical service agreements.

February 8, 2021 | Case Studies, Purchased Services, Strategic Sourcing
The Challenge: The medical equipment market in the U.S. exceeds $8 billion a year. Providing service and maintenance for the complex equipment found in today’s hospitals is an expensive proposition. After spending millions of dollars on sophisticated imaging equipment …
Read the Case Study

October 6, 2020 | Spend Management, Strategic Sourcing, White Papers
How to Establish Healthier Vendor Relationships During and After the Pandemic: The COVID-19 pandemic has upended every aspect of daily life. Health systems and hospitals are no exception, especially because the pandemic exposed the myth that healthcare is recession-proof.
Get the White Paper

Ready to Shrink Your Spend and Grow Your Margins?